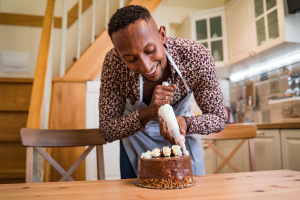 Differences between US and UK English are particularly pronounced in informal and idiomatic language. There are lots of idioms that are used in one variety but not the other, for example go pear-shaped (to fail or go wrong) is used in British but not American English and strike pay dirt (discover something valuable) is American but not British.