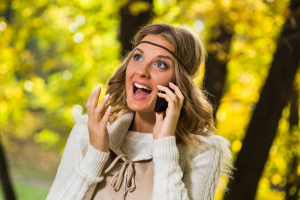 For anyone who’s ever dated, or maintained any kind of relationship in the digital age, you have probably known a breadcrumber. They communicate via sporadic non-committal, but repeated messages – or breadcrumbs – that are just enough to keep you wondering but not enough to seal the deal (whatever that deal may be.)
[New York Times 10 July 2016]

inconvenience feenoun [C] UK /ˌɪn.kənˈviː.ni.əns.fiː/ US /ˌɪn.kənˈviː.n.jəns.fiː/
an amount of money paid to make up for causing someone problems or trouble

Mariah Carey is demanding a $50 million dollar inconvenience fee from her ex-fiancé James Packer. Now that the couple has broken up, Mariah feels as though she wasted her time with the Australian businessman and wants to be compensated for the time she lost.
[www.celebdirtylaundry.com 31 October 2016]